Todd Harry Albert, age 51, of Hickory, NC, and formerly of Waterford, PA, passed away on Monday, November 4, 2019 from natural causes while archery hunting in Crawford County, PA. He was born on March 11, 1968 in Erie, PA. 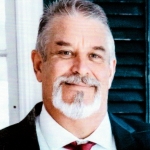 An avid sportsman, Todd enjoyed archery, muzzleloader, rifle, fishing, and kayaking. He spent many years working in the auto body field and enjoyed restoring old vehicles. Todd was always working on a project around the house or outdoors. He could fix or repair anything and was relied upon for his many talents.

Todd’s love for his family was never-ending. He always put his family first and was a much-loved husband and father. Todd enjoyed being silly and riling everyone up whenever he could get away with it. He could be counted on to make a person smile. Recently, he had the time of his life celebrating his son’s wedding just two weeks ago.

Todd graduated from Fort LeBoeuf High School in 1986. He worked for Erie Insurance as a material damage adjuster and moved with his family to Hickory, NC in 2008.

Visiting hours will be on Saturday, November 9th from 1 – 4 p.m. at Van Matre Funeral Home in Waterford with a service immediately following. Friends and family are invited to gather afterwards to celebrate Todd’s life at the American Legion Post #285 in Waterford.

Mary did you know?